Here's how you can support logic education

The Institute for Logic and the Public Interest is a non-profit 501(c)3 education and research institution.

What Happened to Logic Education?

For most of modern history, logic was a core requirement for every single educated person in the developed world. In fact, teaching logic was one of the main reasons universities were created in the first place. William Shakespeare and John Milton grew up during times when even young children studied logic in grammar school. Shakespeare's writings are filled with references to logic, and Milton wrote “of all the arts the first and most general is logic..."

But today logic is seen as a niche, technical subject that only a small fraction of educated people know anything about. How did this happen? Logicians and historians do not agree. Some blame politics, others blame the market. John Sowa, a leader in artificial intelligence and ontology, said: "I blame Bertrand Russell. He wanted schools to stop teaching traditional logic and replace it with symbolic logic. He got 50% of what he asked for." Bertrand Russell was a famous advocate for the education reforms of the early 20th century which de-emphasized the classical liberal arts in favor of subjects thought to be more modern and practical.

But logic is practical, especially in our modern media-driven world where politicians, advertisers and pundits constantly use their own forms of reasoning to persuade us of some position or another. When we follow others' rules for reasoning, or even our own, we often make mistakes. The rules of logic are the same for everyone, but they do not come naturally, they must be taught. And because logic is no longer required in schools, logic literacy among educated adults is declining. The Institute for Logic and the Public Interest was formed to promote logic education and reverse the insidious effects of logic illiteracy.

"But of all the arts the first and most general is logic ..."    John Milton

We Need Logic Now More Than Ever 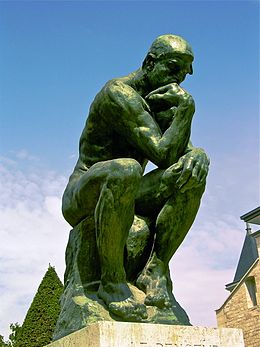 Logic is essential for critical thinking. For most of modern history logic was considered the starting point for all learning, and for 900 years it was a required subject for every student at every school. In fact, teaching logic was one of the main reasons universities were originally created.

Education reforms around the beginning of the 20th century eliminated logic as a required subject. It remained popular for a while as an elective in colleges, but eventually that popularity died out. Today only a small fraction of educated people know anything about logic. Computers were developed just as logic literacy had become scarce. But computers don't reduce the value of logic literacy, they increase it – significantly. Computers could be to logic literacy as the printing press was to standard literacy. But that is not possible when schools don't teach logic.
Aside from computers, logic is important for everyday thinking. It allows us to recognize good arguments from bad, evaluate the claims of advertisers and politicians, and solve problems. The ancient Greeks understood that logic does not come naturally, it must be taught. And when logic is not taught, people are less able to reason effectively and they become more vulnerable to deception and mistakes. Many of the ills of society today are clear and predictable results of the decline of logic education, and they are only getting worse. We need logic now more than ever.
Many people assume that “if logic is so important, schools would sill be teaching it.” They don't understand the history, or the urgency. The word logic has even lost its meaning. Most people think logic simply means "way of thinking" or "what makes sense" in a given situation. It is common to hear "I don't agree with that logic" – but the principles of logic are the same for everyone, whether they understand them or not. Rather than saying "I don't agree with that logic," those who understand logic might say "I don't agree with that conclusion," and then use logic to examine the original assumptions. Disagreements often come not from logic, but from different perspectives, interpretations, and goals. Understanding logic helps people recognize the roots of disagreements, and when disagreements are better understood, they are more easily resolved or avoided.
Logic is often misunderstood to be the opposite of emotion. Not true! We use the same patterns of reasoning whether we follow our heads or our hearts. But if we don't understand basic logic we can make mistakes or be misled, regardless of our motivations. Learning logic may even increase emotional intelligence and self awareness by helping people reason more clearly. There are absolutely no disadvantages to learning logic, and many advantages.
We urge everyone to support logic education. Logic courses are offered at most universities and even most community colleges. Stanford University wants all high schools to teach logic. Their Intro to Logic course is available online for free, and is a good option for many people. Employers especially benefit from logic education. Business leaders can offer their employees business-focused logic training through our Center for Logic and Business Communication.
Learn more about how you can help promote logic education here.

"King James said, 'No bishops, no king.'
With greater confidence we can say, 'No logic, no science.'"
Alfred North Whitehead, address to the British Association for the Advancement of Science

Logic and the Organization of Information 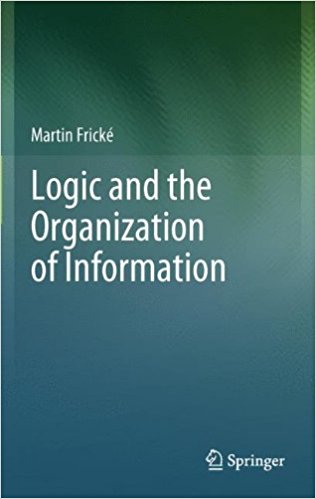 This book is not for everyone, but everyone who works with information should know why it is important. The author, an information science professor, believes that logic is fundamental to the field of information science. Most scholars and practitioners do not understand this important fact. He opens with a quote from 1929: “That the study of classification extends into logic… should not deter the educated librarian…”. Frické explains how Gottfried Wilhelm Leibniz envisioned the use of logic to organize information in the 17th century, but notes that "The monumental and authoritative Encyclopedia of Library and Information Sciences, Third Edition, 2009, does not have an entry for logic in its 6,856 pages" (p 121).

Modern information scientists do not recognize the value of logic in their field because it is no longer a required subject and few of them have ever studied it. People who manage information should be able to turn to information science for guidance on how to use logic to organize information, but they cannot. Deficiency of logic education has become the root cause of many difficult and costly challenges facing every modern organization.

With the decline of logic education during the 20th century, it has become possible to earn a degree in almost any subject, including a PhD in information science, information management, or even computer science, without taking even a single introductory course in logic. This incredible fact highlights the irony of an advanced society that could not have developed without logic as the cornerstone of its education, but no longer expects it to be studied or understood.

The Trivium: The Liberal Arts of Logic, Grammar, and Rhetoric 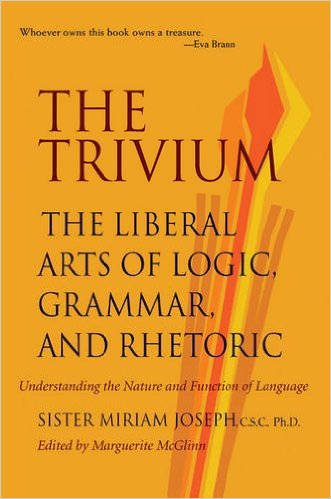 This book was written by an English teacher and it is highly regarded by the distinguished artificial intelligence expert John Sowa. Sowa shared a story about teaching a graduate course at Stanford University. He said: "On the first day, I handed out the first homework assignment: Ten sentences in English, which the students were asked to translate to first-order logic (FOL). The sentences did not contain any problematical words or constructions. FOL was sufficient ... But only one person translated all ten sentences correctly. And he happened to be a recent PhD who was just auditing the course."

Knowledge of first-order logic was a known prerequisite for this course. Although this was a course in computer science, Sowa said any student who had gotten an A in the author's English class could have completed the assignment successfully. Through much of modern history, even young grammar school students completed similar assignments successfully. For many centuries the ancient trivium of logic, grammar and rhetoric was considered the starting point for all further education. But this long tradition came to an end with the education reforms of the early 20th century.

Most logic instructors would not consider this book as a primary text for teaching logic today, but it contains interesting examples of the traditional approaches of the past. The subject matter is timeless and universal. 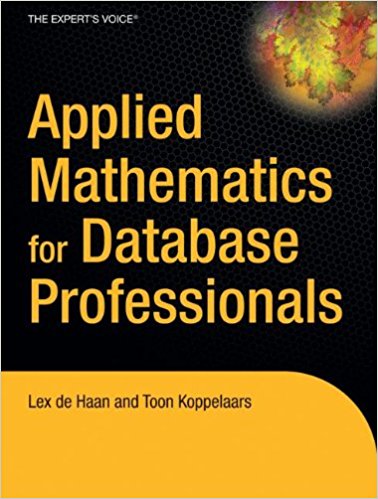 The title of this book is misleading — it is not about mathematics, it is about symbolic logic, which is usually taught as introductory material in philosophy departments at universities and and even most community colleges. It is not difficult; it teaches how to apply the simple principles of logic to the process of database design.

Logic provides the basic underlying principles behind the millions of databases that form the nervous system of modern commerce and management. But unfortunately the vast majority of database professionals have never studied logic, an ironic fact that co-author Toon Koppelaars discusses in his blog. Knowledge of logic does not come naturally or even from experience. It must be taught.

Logic was eliminated as a required subject in schools during the first half of the 20th century and computers were developed during the second half. But computers do not reduce the value of logic education, they increase it. And no activity relies more heavily on the practical application of logic than designing and querying databases. Deficiency of logic education is without doubt the primary root cause of the most difficult and costly information management challenges facing modern organizations. These challenges could be reduced or eliminated by teaching basic principles of classical logic and how to apply them, which is what this book does.